Wintertime means planting season and so it’s been all systems go for us these past few months.

In March FynbosLIFE was contracted by the internationally funded “SOS Rapid Response” active restoration project run by Friends of Tokai Park, for the project’s revegetation component. Since then we have cultivated over 10,000 plants – many of them Species of Conservation Concern and some even new to horticulture – at the Cape Flats Fynbos Nursery.

Part of our job was to train 12 project interns, which we did through a theory-and-practical course on restoration horticulture and revegetation, fieldwork and two days’ work-shadowing at the nursery in Lakeside. In June we began planting one of the identified wetland sites.

Shortly after this, we ran our first two seven-week FundaFynbos courses. One of these culminated on 21 June, when the group of girls from Muizenberg Junior School presented their fynbos “stories of change” – thus officially becoming FynbosLIFE Veld Sisters. 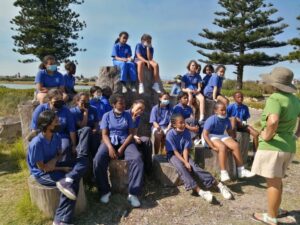 The programme, led by our environmental educator Victoria Burnett, focusses on developing mindfulness through nature. All activities take place in outdoor classrooms known as Veld Circles. Next term it’s time for the boys from Muizenberg Junior to learn about local biodiversity at the Zandvlei Strandveld Circle.

And then there is BoSSIES: The Revival! BoSSIES is a sidewalk biodiversity “stepping stone” project started by Zandvlei Trust members back in 2007.

Between then and 2012 seven strategic sidewalks were planted as a partnership between the Trust and City of Cape Town. After a 10-year hiatus, the project is enjoying a new lease of (fynbos) life, spearheaded by FynbosLIFE volunteer Helen Mitchell.

In late June, together with Zandvlei Trust volunteers and Vrygrond’s Eco- buddies, a section of the Westlake Gardens sidewalk flowerbed was local-indigenised! Volunteers planted specially selected indigenous plants in an innovative interactive planting experience designed by Helen. The next – funded by the Kirstenbosch Branch of the Botanical Society – took place in mid-July near the Sea Scout Base in Lakeside. 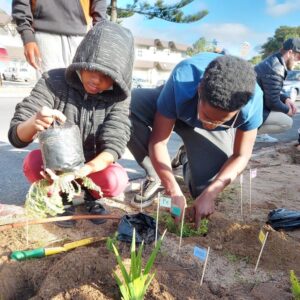 At the beginning of July we planted our long-awaited Strandveld rehabilitation project at Surfer’s Corner. The empty garden beds had been were cleared of weeds last year and planted with sour fig (Carpobrotus edulis). This preliminary planting prepared the soil for indigenous Strandveld species, which we selected and grew at our nursery.

Finally, KuruFynbos, our fynbos-inspired “awareness through art” internship programme (funded by the Mapula Trust) is going strong. The project’s first sculpture of the Critically Endangered Cape Flats ranger butterfly was made possible by funding from the Zandvlei Trust and Angela MacPherson in 2020.

The latest sculptures by Angela and her team are nearing completion. These shine a light on one of our freshwater fish species, the Cape galaxias, the survival of which is threatened by urban expansion and resulting habitat loss (not least concrete canalisation and pollution of our river systems). 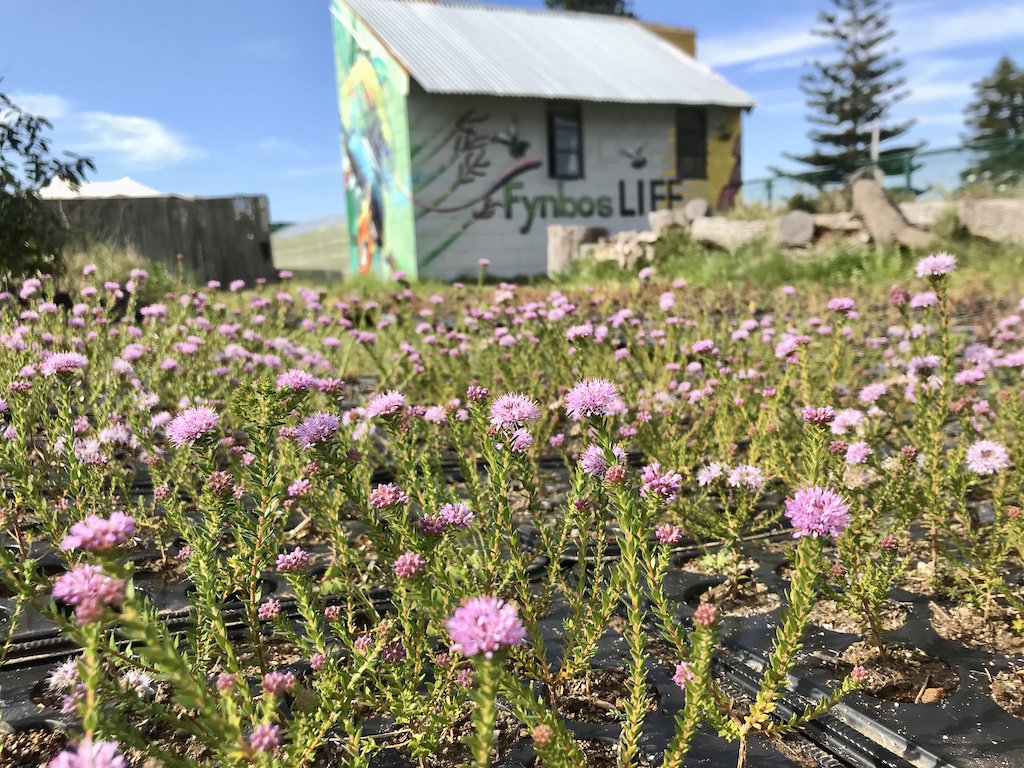